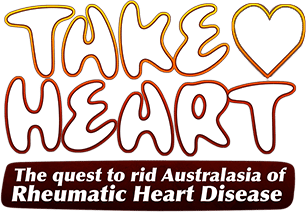 Take Heart lifts the lid on Rheumatic Heart Disease, an entirely preventable disease that threatens the lives of 2% of all Indigenous Australians (Dr Bo Remenyi, Menzies School for Health Research) and a similar proportion of New Zealand Māoris and Pacific Islanders.

Today, thousands of indigenous Australasian children are at risk of contracting Acute Rheumatic Fever (ARF) from a common sore throat (“Strep Throat”) or from the transmission of Group A Strep bacterium through infected skin sores.

If these vulnerable children are not quickly identified as being symptomatic (with fever or joint pain) and treated with penicillin, their body’s autoimmune response may start mistakenly attacking their heart valves in an attempt to rid the body of its fever.

Take Heart reveals the incredible true-life stories of young people living with RHD, their families and health workers caring for them.

The stakes are high for these kids, RHD is life-threatening and they must comply with strict medication schedules to stay alive.

Regular health checks, restricted activities and frequent hospital admissions are commonplace and they rely on the support of their family, friends and community health workers to keep them on track.

This is not easy as most young people living with RHD are from poor, disadvantaged and often remote communities.

Perhaps this situation is made worse knowing that RHD is 100% preventable.

WHY DO AUSTRALIA’S FIRST PEOPLE HAVE THE HIGHEST RATES OF A PREVENTABLE DISEASE IN THE WORLD?

Australia, the world’s sixth-largest country by size, has been inhabited by indigenous Australians for over 40,000 years.

Since its settlement as a British prison a little over 200 years ago, Australia has developed a liberal democratic political system.

Today Australia boasts the worlds twelfth-largest economy, the fifth-highest per capita income, and the second-highest human development index ranking which means its considered to be amongst the worlds most equal societies.

Why, then, do Australia’s first people have amongst the highest rates of a preventable disease in the world?

In Australia and in New Zealand, a deadly disease is threatening the health of thousands of children and young people.

In recent generations, rheumatic heart disease was common in all parts of Australasia. Even former Australian Prime Minister Kevin Rudd has it.

And it can end in open heart surgery, heart failure, stroke or premature death.

Over 30 million people are estimated to have RHD worldwide.

Indigenous Australians, Māoris, and Pacific Islanders have amongst the highest rates in the world.

“These children were born completely healthy, normal heart function. They started life the same way as everybody else and yet they acquired this disease and their heart gets permanently damaged. But, Rheumatic heart disease is completely preventable and yet so many children suffer from it, and I think that’s the saddest part,” Dr Bo Remenyi.

RHD is often described as a disease of poverty caused by overcrowding, lack of education and access to appropriate medical care.

Tackling these issues involves a coordinated approach that aims to close the gap and reduce indigenous disadvantage. By closing the gap, rates of rheumatic heart disease could be reduced to next to nothing.

Ultimately, if we want to close the gap and authentically lay claim to an equal society – then we must view this as everyone’s problem.

“It’s really a disease we should be able to prevent yet it’s still here with us and most importantly if we had a similar outbreak of measles or meningitis or even Ebola around the world that would make the headlines in the news whilst this is not something the general public is aware of. I think this is critical to raise awareness both at the community level but also at a national level so people understand about rheumatic fever and how it impacts people and to create will to put this disease in the history books. In Australia and in the rest of the world,” Dr Bo Remenyi.

If a child you know has:

Go to the health clinic to check it.

For those on a regular injection program:

To stay alive and well…

Get injections on time, every time.

THANKS TO OUR TAKE HEART FILM SPONSORS

The filmmakers acknowledge and respect the traditional custodians and elders of the lands across Australia, and in particular, the lands in this film. 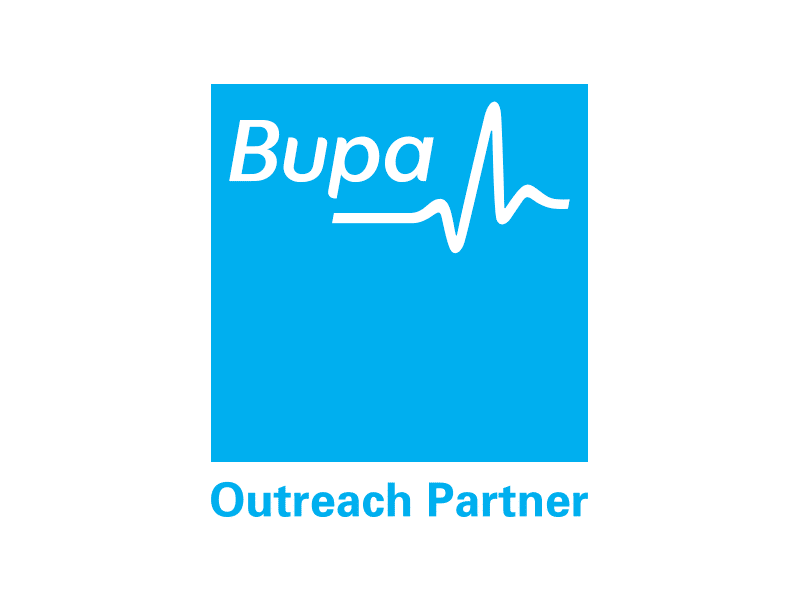